I had an amazing opportunity to head to Edmonton for a conference for work, which is lucky for me because it’s one of the capitals of Canada I hadn’t yet visited. I had a layover in Edmonton years ago but didn’t step out of the airport so I don’t count it.

I didn’t do any of my usual planning for this visit since the days are pretty packed with conference talks and social events but I did make a list of a few things I was hoping to visit.

I took a look on TripAdvisor for a list of things to do in Edmonton (I wanted to keep things to do within reasonable walking distance from my hotel):

There was nothing else on Atlas Obscura to check out (which is another resource I use to find cool things to do in new places). If I had extra time I would have gone to the University of Alberta Botanic Garden but I wasn’t in the city long enough.

Accommodations were available through the conference so I didn’t look into any other options. The hotel is right downtown so I wasn’t going to complain! 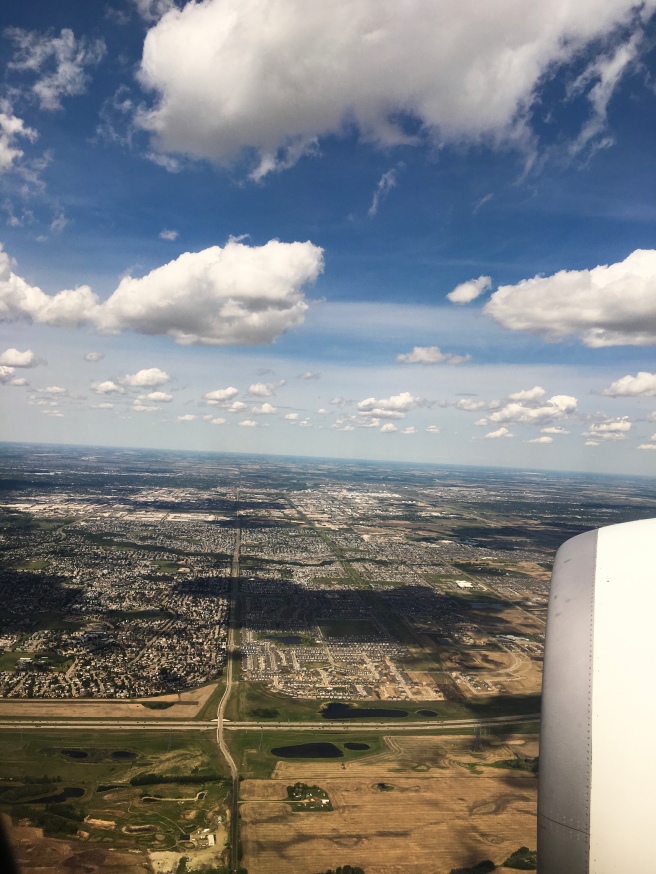 I took the UP express from my airbnb to the airport (very affordable and a great option to get to the airport). As we were preparing for take off the flight attendant, in all seriousness, said we were going to Calgary at least 5 times. Luckily, he was mistaken (not me) and we ended up in Edmonton around 2:30 pm. Once there, I realized the airport is about a 30 minute drive to my airport! I had a choice of taking a city bus ($5, about an hour ride), the Sky Shuttle ($18, about a 45 minute ride) or a taxi ($55, about a 30 minute ride) and decided to take the Sky Shuttle to my hotel. I only waited an additional 30 minutes and saved $37 on a taxi fare so it was totally worth it.

Once I got to the hotel, I got ready for a social event for the conference at the Courtyard Marriot downtown. The view of Edmonton is spectacular from their patio so if you get a chance, check it out! That was it for Day One!

The conference was at the Shaw Centre, so I spent the day there until about 3:30. It was a gorgeous day so I took a walk to the Muttart Conservatory and on my way used the Edmonton Funicular (explained more below) and wandered through the River Valley. I am IN LOVE with the Muttart Conservatory. I didn’t really know what to expect, except that it has botanical gardens, and was blown away! There are four pyramids and each pyramid had a different botanical garden: a feature garden, temperate garden, arid garden and tropical garden. Admission was only $12.50 and an hour is more than enough time to get through all four pyramids. 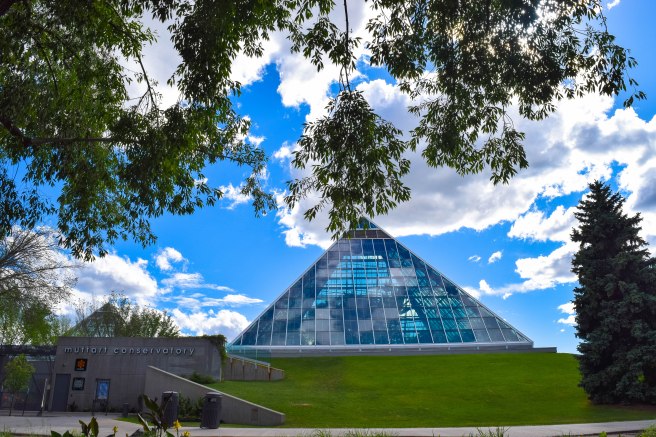 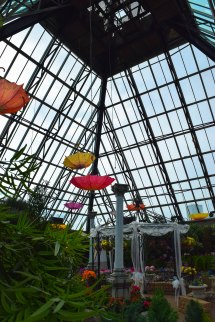 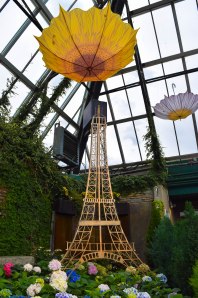 The evening was followed by a conference social event at the Metro Billiards bar and I stopped at the Churchill Square and the Art Gallery of Alberta.

The Lunch break sculpture can be found near Edmonton City Hall and has been there since 1983. He’s even got a lunchbox sitting on the bench beside him. Not a bad view at lunch, eh?!

I didn’t stop in the Art Gallery of Alberta but I love the architecture. Perfect building for an art gallery, wouldn’t you say?!

I started the conference by taking a bike tour of downtown Edmonton and checking out their new bike network. There is about 8 km of new, separated bike lanes and we got to use most of them. I love when cities use green concrete for cycling paths – both as a driver and cyclist it makes cyclists more visible. 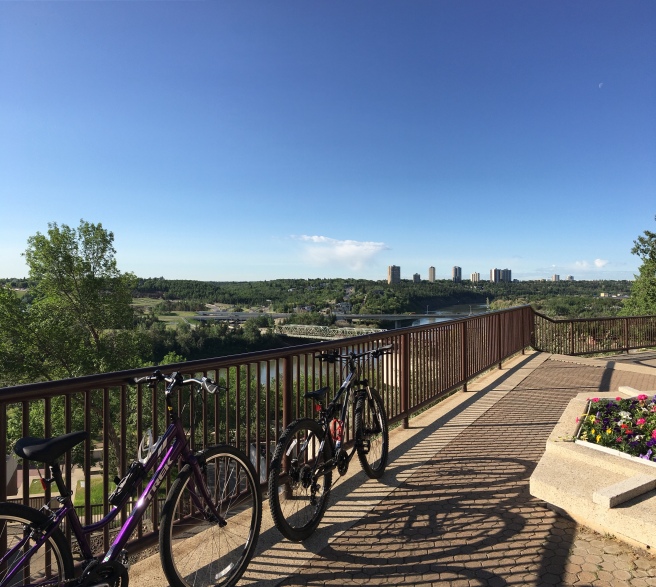 In the afternoon I participated in the Funicular tour, which is about a 5 minute walk from the Shaw Centre. A funicular is an inclined elevator: this one moves people from downtown to the River Valley in Edmonton and includes a pedestrian bridge and lookout to the river. What is most interesting is that one of the piers for the pedestrian bridge is the elevator shaft! Probably the most interesting thing (for me) that I learned at this conference! 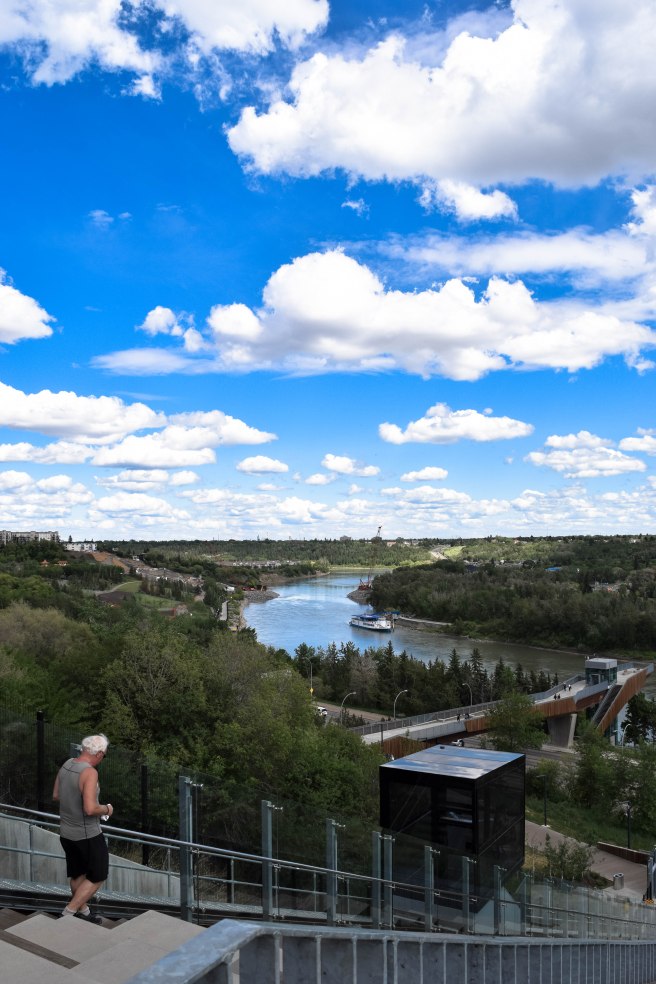 Next, I made my way to the West Edmonton Mall: the number one thing to do in Edmonton. It is the 23rd largest mall in the world and the largest in North America! It has a water park, roller coaster, mini putt course, marine life events as well as your regular mall stores. As my Uber dropped me off, he said “we have now been driving past the mall for a block and a half”!!! They weren’t kidding when they said it was huge! 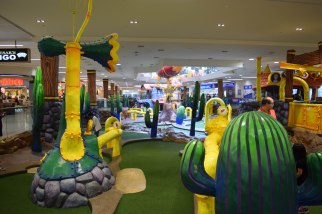 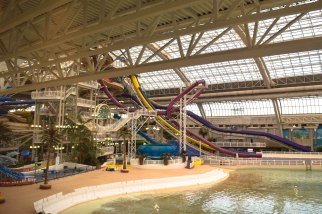 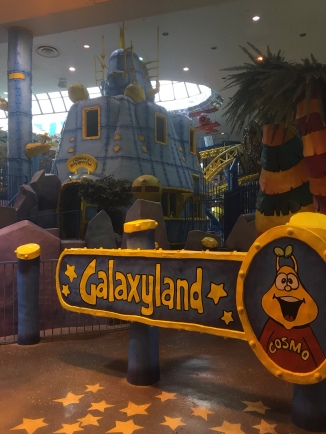 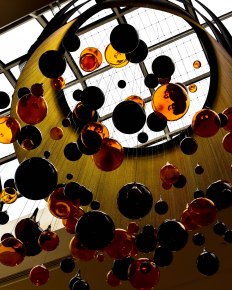 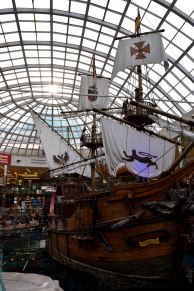 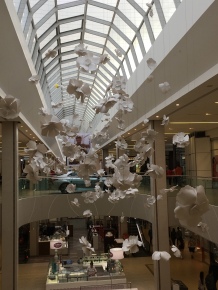 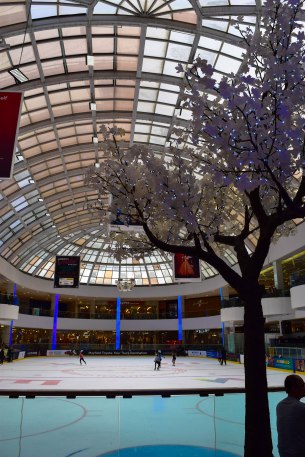 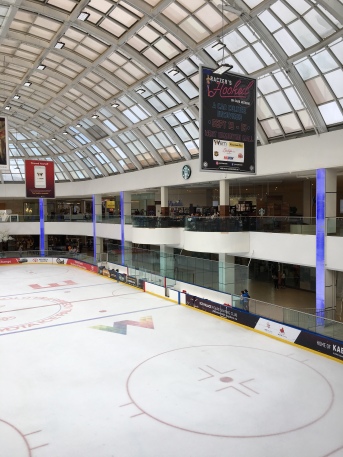 Day four: Travel back to Ontario

Not an interesting day, but I prefer to get to the airport and through security before getting breakfast for an early flight – I’d rather be there than rush to get to the airport! I was trying to find a postcard in the airport and COULD NOT find one! I ended up getting called for my flight (that has never happened to me and I was so embarrassed but they had lots of time for boarding still). Anyone know where I could pick up a postcard online?!

I got a direct flight which was nice so I landed in the afternoon and then worked from home for a few hours. As much as I enjoyed the conference, it’s hectic at work so there was a lot to catch up on!

Have you been to Edmonton? Let me know what you think of the post below!

Passpportunities is a participant in the Amazon Services LLC Associates Program, an affiliate advertising program designed to provide a means for sites to earn advertising fees by advertising and linking to amazon.com